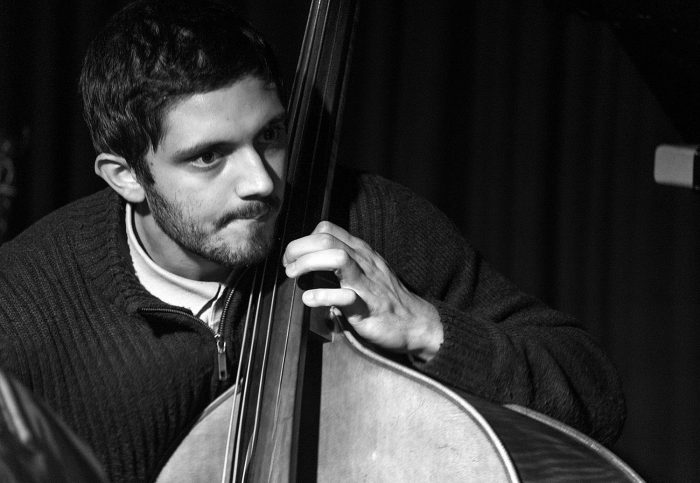 will travel to you please enquire.

A revered bassist and composer, Isaac has been performing on the Melbourne jazz scene since even before he has completed his studies at the Victorian College of the Arts. He has toured internationally with renowned Australian folk group “The Bean Project” and has appeared on a wide discography of recorded works as leader and sideman.

Isaac performs and composes as part of new music group the “Carbo/Carter/Gunnoo quartet” who have played regularly around Melbourne; the Wangaratta Jazz festival being a highlight for the group.

ISM, another of Isaac’s groups, released their debut album “This Canvas” in 2017. Featuring compositions from all 3 members, it has recieved regular airplay and critical acclaim.

Isaac has also been a recent and frequent addition to many of Australia’s most prolific folk acts; touring, performing and recording with The Maes, Rowena Wise, Lucy Wise, Stav, The Bean Project, Didirri and many more.

Isaac’s active performance profile and flexibility are evident through the broad body of work he has contributed to. Isaac has received various grants pertaining to music for the purposes of touring and recording.

Isaac teaches most styles of bass playing, specialising in improvisation. Isaac believes strong classical technique is a vital basis for all advanced performance on the double bass. This focus on technique is vital to enabling expressive freedom on the instrument, and the capacity to improvise.