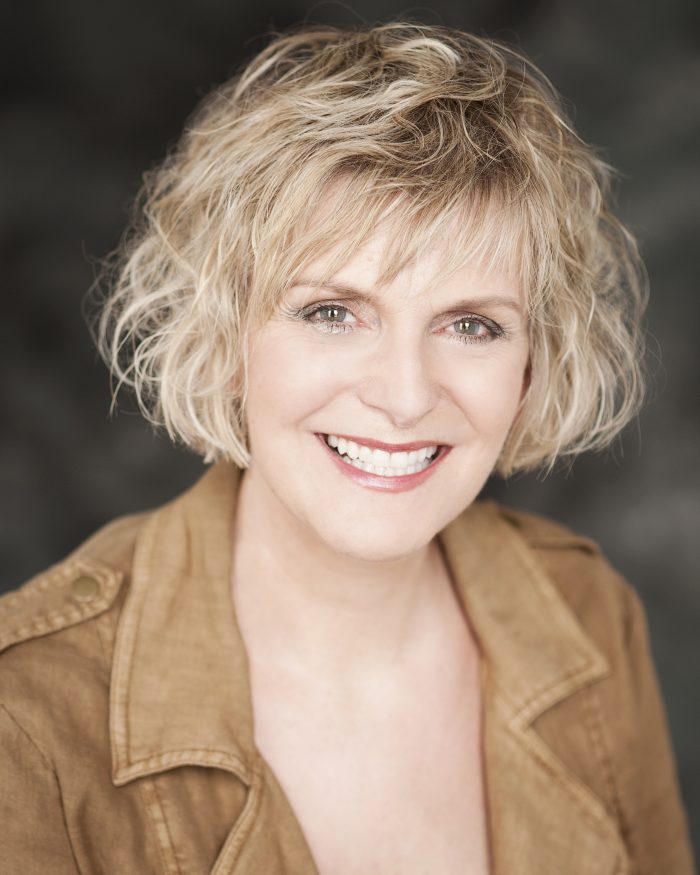 After graduating from VCA Drama, I spent 15 years on London’s West End and touring the UK in roles including Charity Barnum in Barnum, Rose in Aspects of Love and Edith in Pirates of Penzance. I was concurrently Head of Singing at Rose Bruford College on the honours degrees in Acting and Actor/Musicianship.

On returning to Australia, I toured the country in the Malthouse Theatre’s evocative production Minefields and Miniskirts. I enjoyed playing the dodgy mayor of Erinsborough in Neighbours, almost as much as shooting a Powerball ad in the Caribbean.

I work privately with a wide range of clients: from young and mature beginners to professionals to clients in rehabilitation after surgery (as recommended by Debbie Phyland of Voice Medicine Australia).  I trained some well known artists ‘crossing over’ into musicals: Katrina Leskanich, lead singer of Katrina and the Waves (Walking on Sunshine), Michala Banas for her Helpmann award-winning roles in Avenue Q, and I still work with Rob Mills since helping keep him vocally fit during Wicked.

Are you a singer in the ensemble wanting to get that role?

​Are you a dancer and need to be stronger vocally to work in musicals?

Are you a professional preparing your own song, 4 of theirs, plus sides?!

Are you wanting to audition for VCA, WAAPA, NIDA?

Are you a musical director wanting to better understand the voice?

​Are you wanting to rebuild your voice after vocal trauma/surgery?

​Are you looking to learn in a supportive environment?