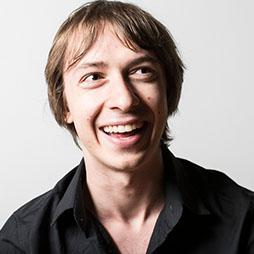 Jackson is currently studying at the Australian National Academy of Music (ANAM) after graduating from the Sydney Conservatorium of Music, where he attained his Bachelor of Music (Performance Honours) studying under Scott Kinmont and Nick Byrne. During his studies, he performed alongside musicians from the Sydney Symphony Orchestra and in masterclasses by Jörgen van Rijen and the American Brass Quintet. Jackson is a casual musician with the Australian Opera and Ballet Orchestra,

In 2015, Jackson was selected to travel to Italy as part of the Sydney Conservatorium of Music’s Estivo programme, performing as the trombonist in The Greenway Brass Quintet. He was also selected to perform on the soundtrack for the Hollywood blockbuster movie The Gods of Egypt. Jackson has a passion for arranging music and has had his arrangements premiered by musicians of the Sydney Symphony Orchestra.

I will happily teach students of all levels and ages, with lessons being focused around the particular needs and goals of each student regardless of whether the student needs help with their school band music or preparing for an exam. While my focus is mostly on classical music, I am happy to teach other styles if the student is interested.